If you live anywhere in Florida, there's likely a Miller's Ale House coming to a town near you if there's not one already. The Orlando-based chain has numerous locations across the state, from Miami to the Panhandle. If you live elsewhere in the United States, from Chicago to Philadephia to the whole East Coast, there's likely a Miller's Ale House heading your way, as well.

But what makes Miller's Ale House so successful, and what does it look like behind the scenes? 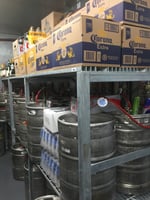 Miller's typically has around 48 beers on tap to satisfy a wide range of Florida beer drinkers, as well as the different preferences in their many non-Florida locations. From stouts and porters to lagers and of course ales, just about every type or style of beer can be found inside one of Miller's Ale House locations.

One of the challenges Miller's typically encounters is a lack of space to serve all their famous menu items and beers, and this is where their foodservice equipment becomes so important. In fact, with the right designs and equipment, Miller's can open in smaller buildings while still delivering the same great quality their guests expect while increasing profitability in Florida restaurants. For newer locations, this focus on maximizing smaller space means a lower start up cost.

A Look Behind the Scenes at Miller's Ale House

Miller's Ale House first opened in 1988. They're good at what they do, and that's why they've been around for so long. There's a new look to more recent locations without changing what made them successful in the first place.

A behind-the-scenes look at Miller's has to begin with their walk-ins. By using custom, more efficient shelving like Cooler Concepts for kegs, Miller's is able to hold about 30 to 40 percent more inside their walk-in coolers. In turn, walk-ins can be smaller, as well, and these are available in custom sizes from Thermo-Kool.

Another important consideration in any of their locations but especially in Florida kitchens is heat. Build up of ambient heat and higher BTU loads can lead to increased utility bills and unhappy staff. By remoting beer outside with the ArcticPour solution from Perlick, Miller's is able to reduce their air conditioning bills. Less power means less energy, which leads to lower costs and lower overhead, ultimately resulting in more money for the operator. 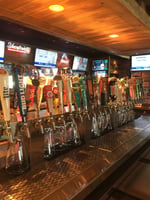 Eaton Marketing is honored to be a part of it.

We love going to Miller's as much as anyone, and it's an honor for the entire Eaton Marketing team to help solve some of the challenges that Miller's faces. Each location has its own unique considerations, and we love to see a success story at each one.

Let us know if we can help you, too. Get a free bar and beverage consultation from the Florida foodservice equipment experts at Eaton Marketing.

Kevin Eaton is the President of Eaton Marketing & Associates and a seasoned Manufacturer Rep in Florida.