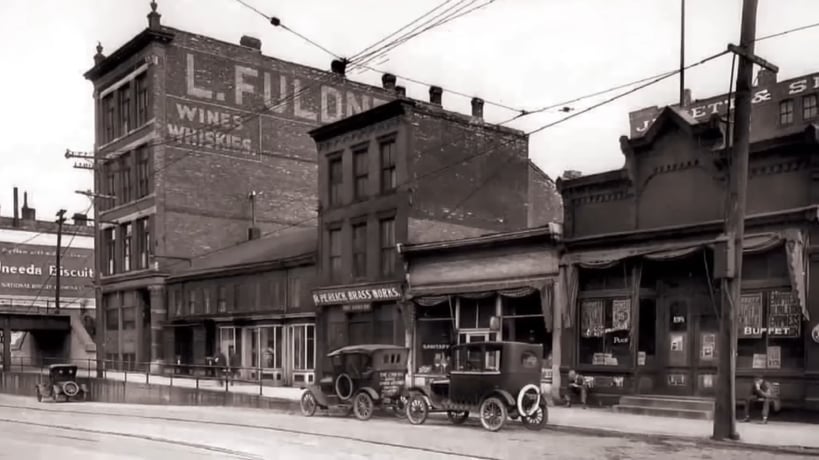 The year was 1917. The nation’s attention was on the First World War. The price of a stamp was a measly two cents. How much did it cost to see 1917’s top grossing film, Cleopatra? Seven cents. Meanwhile in Milwaukee, Wisconsin, the same city that was home to the Miller Brewing Company, more history was being made.

A small shop called R. Perlick Brass Works opened its doors on Read Street. It was a family owned operation that had its eyes set on unrivaled quality and an attention to detail. As the years went on and Perlick grew, so did its innovations in refrigeration and beverage dispensing. In the 1930’s, Perlick introduced mechanical refrigeration to the industry, transitioning refrigeration from the traditional cooler boxes filled with ice.

In 1962, Perlick took another step as an industry leader, creating the Century Beer System, the first remote beer system capable of transporting beer up to 100 feet. The years that followed saw introductions of state-of-the-art reach in coolers and stainless steel underbar designs.

As we moved into the 21st Century, so did Perlick. The Century Beer System underwent a spectacular redesign, allowing beer to be transported up to 1,000 feet from the keg. This beer system design was perfect for stadiums and other large venues that required more space and high volumes.

Do you think they were satisfied yet? Not even close. 2014 witnessed the unveiling of Perlick’s revolutionary forward sealing beverage dispensing faucets and the following year Perlick had another breakthrough achievement, the Tobin Ellis Signature Cocktail Station. This unmatched underbar design in collaboration with the award-winning engineering team at Perlick and celebrated bar designer and world renowned bartender, Tobin Ellis, made an immediate impact in the industry. In 2016, Perlick underbar equipment was awarded the Best-in-Class Award from Foodservice Equipment and Supply Magazine for an incredible 13th consecutive year.

In 2017, Perlick will celebrate 100 years of innovation in the bar and beverage industry. And they look forward to 100 more.

Discover how Perlick can help innovate your bar or foodservice operation. Download the Perlick Bar & Beverage Catolag and see the latest refrigeration, underbar, and beverage dispensing systems from the industry experts.